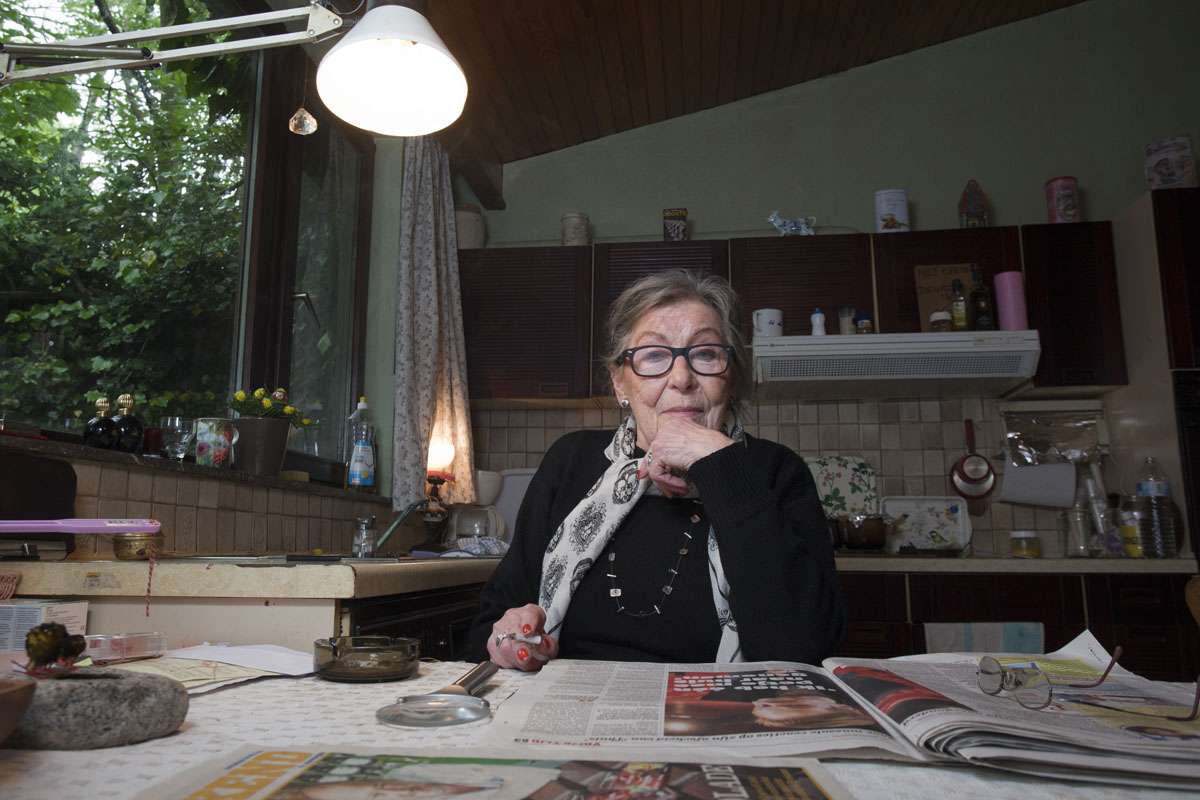 DOEL, BELGIUM - May 11:  Emilienne Driesen, pictured in her home in the village of Doel, on May 11, 2014.  The 80-year-old is known as The Angel of Doel, and is one of 25 remaining residents in the village and has lived there her entire life. The 400-year-old village is wedged between a nuclear power station and the ever-expanding Port of Antwerp. Many villagers left in the late 1990s when the regional government outlined plans to expand the port and residents were offered premiums to sell their homes. Once having had a population of around 1,300, it is now home to a mere 25 occupants who refuse to leave. An initiative, Doel 2020, has been established by the remaining inhabitants to fight the proposed port expansion and subsequent demolition of the village, the deadline for which is set for 2020, but the outcome remains uncertain. After years of neglect, squatting, looting, and uncertainty, this modern-day ghost town is a haven for street artists who have turned the dilapidated houses into a colourful open-air gallery attracting urbex photographers and the curious alike.